Thanks to the open binary protocol, our solutions have high performance at the lowest hardware cost. Below is a screenshot from the KoggerApp that demonstrates a superbly detailed Echogram of the underwater world using a compact binary protocol. However, the original binary protocol is difficult for human perception and is not always compatible with existing solutions. As a solution, support has been added to output Rangefinders information in NMEA-0183 format (SDDBT message) for easy integration with supporting devices. For understanding, Rangefinder only provides distance information (red dots in the screenshot) and does not provide a complete image. Below is an example of sonar setup for NMEA compatibility. 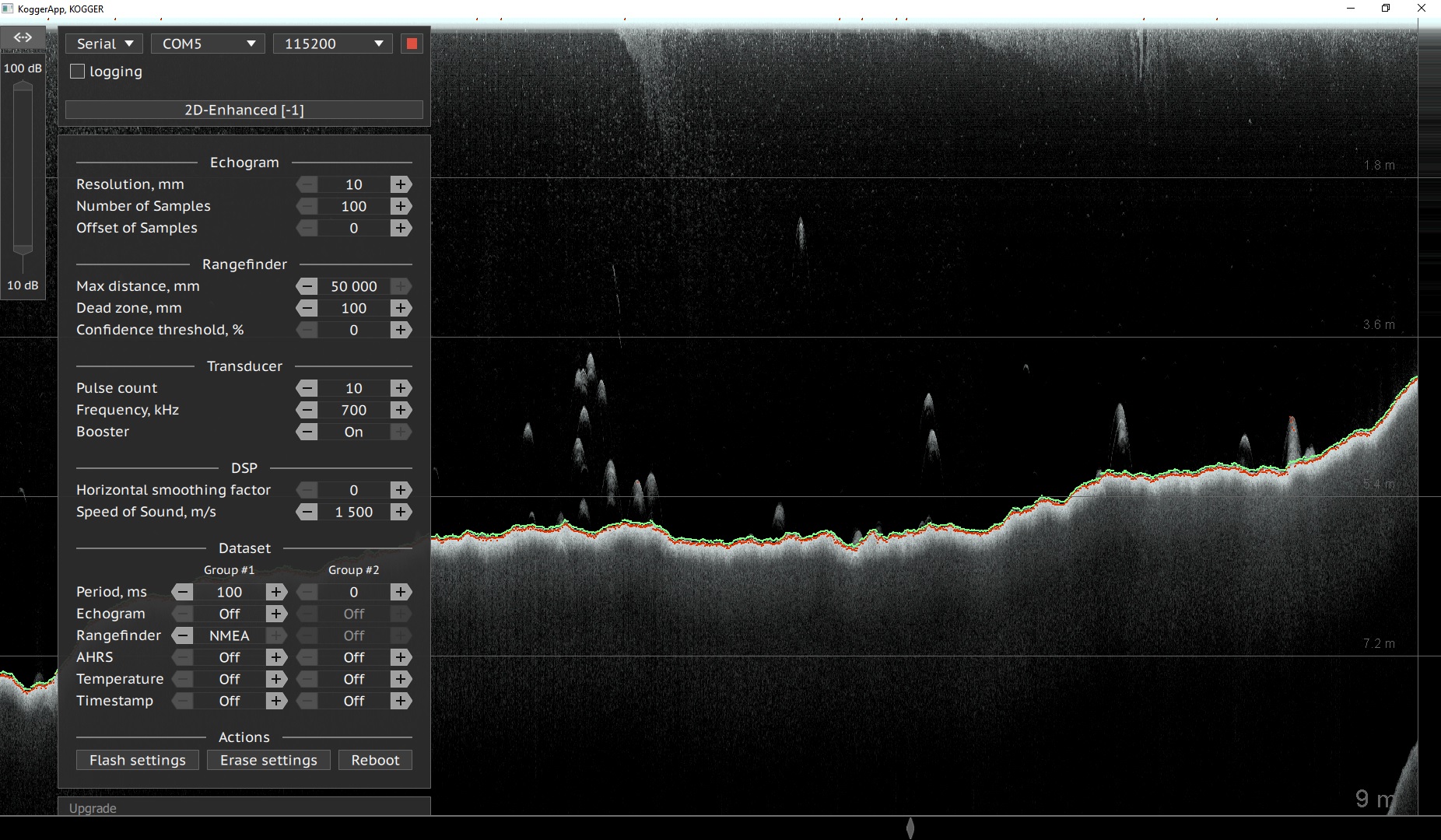 This block defines the period and dataset parameters that sonar will regularly send to the receiving equipment. Next, there are two basic things that need to be configured in this block:

This block defines the parameters of the rangefinder module.

As a final step, you need to press the “Flash settings” button to write the settings to the non-volatile memory. Then, check the settings after restarting the sonar. An easy way to check is to view the sonar output through a text terminal. There should only be NMEA messages ($ SDDBT). It should be noted that the Rangefinder module may provide erroneous distance values due to interference in small containers or other difficult conditions.

The test boat had the following set: Pixhawk 1 with ArduRover 3.5.2

The sonar can be connected to any available serial/uart port on the autopilot. In the diagram below the sonar is connected to SERIAL2 (TELEM2).

Then the following range finder related parameters should be set: 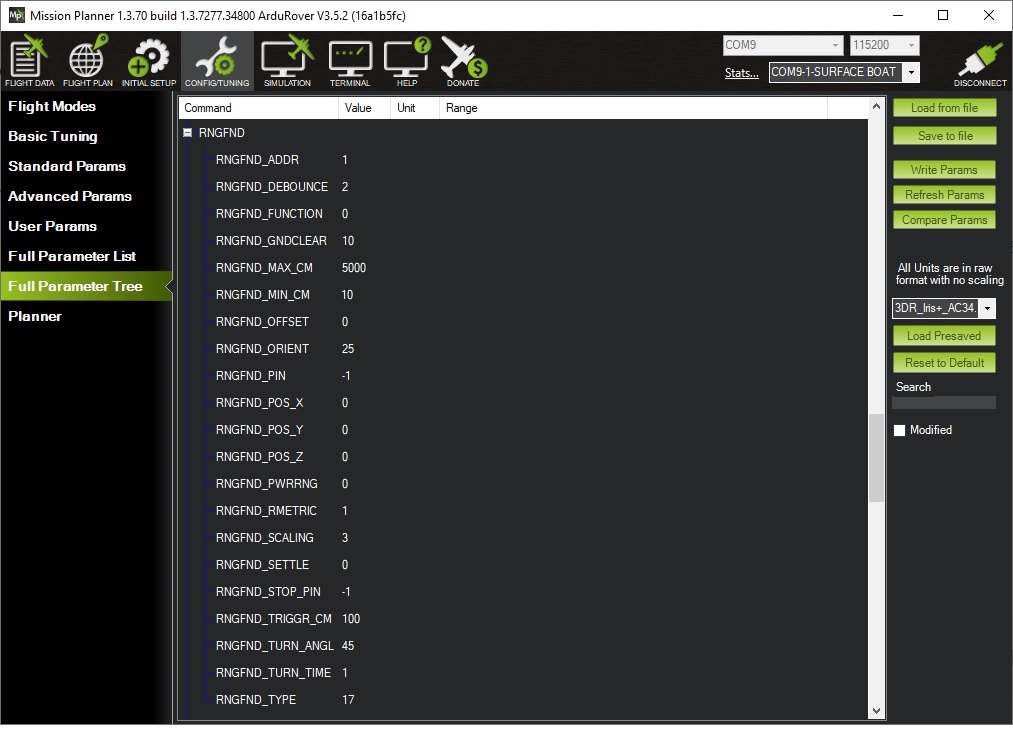 All NMEA 0183 data is sent in the form of text sentences, each beginning with a ‘$’ (or ‘!’) symbol, and use commas to separate each part of the sentence. Maximum sentence length, including the ‘$’ and is 82 bytes. NMEA sentences are plain printable ASCII text, and have the following format:

Our solutions support the standard sentence ($SDDBT) from the NMEA-0183 for easy integration with common flight controllers (on Ardupilot and PX4 autopilot) and many other data acquisition systems. Additionally, other formats can be added upon request.